As is pretty obvious I don’t write much here.  My focus for the last 4 years has been pretty singular on getting Holochain and Holo built.  And writing takes me a long time.  I also have a hard time writing to the void of the Internet, I need to be in a direct conversation to share well.  Recently a friend made an open invitation to respond  “about what you’re seeing and thinking in the world right now.”  and he provided these prompts:

Given that we’ve recently crossed some major development thresh-holds in Holochain land, and I’m feeling really positive about where things are going, I felt that I had the spaciousness over my end-of-year break to actually sit down a respond.  Here’s what I wrote (along with some images to spice it up):

I see the “the world” (as you called it) as mostly people living inside a certain form of consciousness (or what’s sometimes called a “dominant meta narrative”) coupled with a slew of embodied forms that work together in a self-perpetuating feedback loop that creates a reasonably stable and coherent set of social organisms that all together we call “society”.  I also think the dominant meta-narrative is fairly uniform across the broadest range of cultures on the planet, i.e. it holds true for most of us.  I would call this meta-narrative, Supremacy Consciousness, in which humans experience a hierarchy of supremacy, usually putting themselves near the top.  This overarching narrative leads to all kinds of the sub-supremacies, human, national, white, male, etc. It creates a reality in which it feels reasonable, even “natural” to create nation-states that colonize the “undiscovered” world.  It creates a reality in which it feels reasonable to run an economy on businesses that permanently enclose value while externalizing costs as much as possible.  It creates a reality in which it makes sense that our main embodied token on value: Money, has the properties it does: tracking only tradable wealth, issued as debt such that the interest helps catalyze and perpetuate the supremacy hierarchy.  It creates a reality in which it makes sense to separate classes, races and genders and order their valuation, and inside this meta-narrative, it makes sense that those orderings are even internalized and held by the people who suffer under them.  And by “sense” I don’t mean anything good, I just mean it creates a coherent set of stories and embodied forms that self-perpetuate.
The good news is that this meta-narrative, which has mostly been successfully hidden from view, is becoming more and more apparent.  The bad news is that at scale the consequences of the Supremacy Consciousness is self-destruction. This comes largely because the coherence it creates, one of dominance and extraction, has met the real planetary boundaries of both natural and social ecosystem health.  The worse news is that the system dynamics in play are, I think, very similar to those of addiction, where all the solutions available to the current embodied forms only make things worse.  For example, a core problem of the world is using money to measure value.  But almost nobody can envision a world without money, only a world in which money is somehow differently distributed.  Even thinking about a “world without money” is mostly considered idealistic political utopic speculation rather than a serious systems theory problem about how to measure and build different classes of value.
Another, perhaps even more simple way to put the above is this:  I’m interested in a world where greater collective intelligence is possible.  The current underlying patterns of collective intelligence, although pretty darn incredible in some respects, are leading us to collective suicide at scale, which I’d like to avoid.
So then, what’s to be done?  What creates greater collective intelligence?  What, in the words of your prompts “could we be doing that we aren’t doing right now to move towards more positive outcomes for the world? What do you think is standing in the way of us doing that?”
Here’s the story of _what_ I’m doing to that end, _why_ it makes sense to me, _how_ I’m going about it, including the _blockers_ I see in getting there and what might be done about them:
What: I believe the world needs a new grammatic capacity.  We need a _grammar_ that can express social organisms with as much complexity and composibility as that provided by the grammar we call DNA for expressing biological life. We need the embodied _capacity_ to bring them into being with as much ease as the cell has in cranking out assembling the protein complexes and expressed in genes. 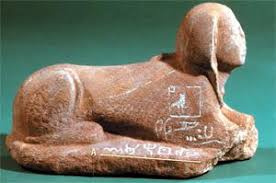 Biological organisms are built out of protein complexes, so it makes sense that the lowest level code in DNA is for single amino-acids such that virtually any kind of protein complexes can be built.   This demonstrates another key aspect of grammatic capacities: they provide a template for composibility of fundamental parts. What are Social organisms built out of?  We can certainly argue about this, but, at least roughly speaking, they appear to me to be built out of agreement complexes.  Sometimes people call these “social contracts.”  Thus, it seems likely that the lowest level of our grammatic capacity should code for “micro-agreements” in a way that allows them to be composed.
Another way of looking at such “micro-agreements” in the social space is that they are patterns for interaction between agents that allows the agents to come into alignment on a shared reality, what we can call a Protocol.  Protocols are exactly these patterns for interactions between agents.  They are templates that create shared contexts so that we can understand each other better and more efficiently.  We are all very familiar with both formal and informal protocols, from the pattern of a Pilots repeating back what Air-traffic-controllers say, to the patterns of thank-you-you-are-welcome of politeness, to Diplomatic protocols of behavior at state dinners, these are all little micro-agreements that allow us to act within a pre-defined shared context instead of having to hash everything out in each interaction.
So, our new grammatic capacity then would provide a grammar for creating and composing such Protocols, such that it’s easy for groups of people to build larger agreement complexes out of them.  Here’s where things get fun.  A Protocol as just defined is just another way of talking about a grammatic capacity:  DNA provides the protocol stack for cell agents to align on a shared genetic reality and build organisms together.  Language provides the protocol stack for human agents to align on a shared expressivity reality and build meaning together.  If so the grammatic capacity we need is one in which we can create grammatic capacities.  A Protocol for Protocols.
So that’s the focus of all my endeavors.  How to do that in big and small ways.  Gameshifting as used in Agile Learning Centers is an example.  It’s a protocol for knowing and shifting which social protocol is in play.  The MetaCurrency Project, Ceptr and Holochain are all about bringing this into the world for use at scale.
A final note about “How” and this has to do with “blockers”.  The how of landing such a protocol for protocols matters.  There are different global scale social dynamics that will arise depending on whether this grammatic capacity is owned or enclosed, vs if it’s held as a commons.  If the carriers on which the signals in the grammar are sent are owned, then then that creates a huge power-imbalance.  Thus, the unenclosability of the fundamental carriers of the grammatic capacity makes a huge difference in what will evolve there.  The deep pattern of enclosure that’s built into the capitalist approach is a huge blocker to making this all land in the world.  There’s a lot more to say about this, but I think this is long enough for now.

To end this screed, I’d like to come back to the beginning and connect grammatic capacities to Supremacy Consciousness.  Achieving supremacy always relies on coercion of one sort or another.  Violence is the word we use for coercion on the physical level.  We also recognize other forms of non-physical coercion as violent, or at least we call it abusive. We recognize coercive manipulation of media and information, “Fake News” etc.  These are all practices inside Supremacy Consciousness.
So the other way seems fairly clear.  If I base all my actions in the spirit of non-coercive conversation, I will be living outside of Supremacy Consciousness.  So many things I do require coercion of others.  Extracting myself from the coercive life is non-trivial.  But I believe that in the end, this will feel, interestingly, like play.  As James P. Carse says in Finite and Infinite Games:  “he who must play, cannot play”.  Play cannot happen inside the context of coercion.  But play is also all about temporarily creating finite boundaries, and rules by which to enter into consentfull play. And this is the role of the Protocol for Protocols.  It could be, by consent, a temporary game for creating more temporary games, knowing that we will always want to expand the horizons of our game playing together.